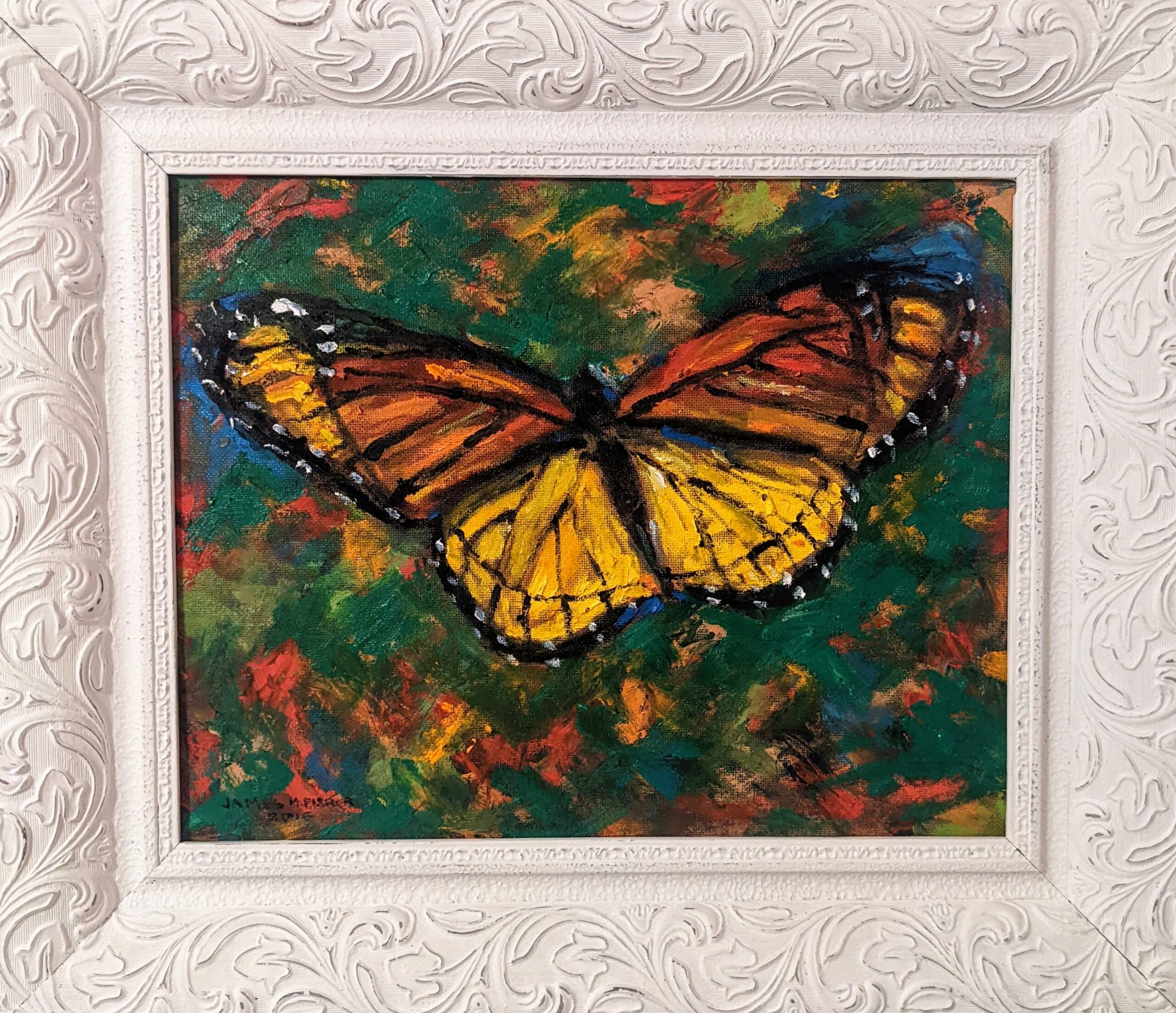 Tomorrow is a big day for me. My steampunk fairy tale makes its way across the publishing finish line. I am immensely proud of this book and love it like my own beating heart. This book was the second novel I wrote. It was drafted from the query trenches of my first novel. While querying, I decided to apply to a few mentorship contests with that first novel. This small personal essay (that I’ve tried to make relevant for my pub day) is the fruit of that labor. I share not because I am confident that I now have a set of wings, but because the sentiment “I swear I’m a butterfly” rings very true tonight.

Once upon a time, my kiddos had one of those butterfly habitats. You know the kind: the caterpillars come in the mail in the cup with the paste at the bottom, and you watch them eat themselves into Eric Carle’s The Very Hungry Caterpillar proportions, until they crawl to the top of the cup and transform, through the miracle of metamorphosis, into a chrysalis and then a butterfly.

Yeah? Well, we sent away for the painted lady larva and one spring day five caterpillars arrived in our very own cup. And those dudes ate, and they ate, and they ate. And they grew. And one morning we woke up and there were two chrysalides hanging from the top of the cup. Okay! Excitement. We were glued to that little cup for the rest of the day. Because there was a caterpillar who was especially fat, and it was only a matter of time before he managed the herculean task of climbing to the top of the cup and transforming. And this caterpillar stretched his plumpy-wumpy-tubba-self up really tall, and he struggled mightily to climb, and… He failed. And he failed. And he failed. And I should have reached in and helped the sucker out, but the instructions said, “Don’t disturb the chrysalides!!!” And there were two other caterpillars that still needed to do there thing besides. And I had a Mr. Spock moment where, “The needs of the many outweighed the needs of the few… Or the one.”

So the poor too-fat-to-climb-caterpillar did his chrysalis thing on the ground. And um…  He didn’t make it.

I swear I felt like the cannibalized caterpillar years ago after I entered [one of the big mentorship contests that exist in the aspiring writer world]. I felt like I had campaigned and done everything I could to convince the mentors that I was a butterfly. I had worked so [darn] hard on my pages. I’d taken the feedback I’d won from critiques, and polished and reworked and rewrote. I spent many late nights on the sucker.

But when it came time to climb up that cup and begin the “real work”–the mentorship that would metamorphosis me into an agent-ready, honest-to-goodness writer… I couldn’t do it. All the mentors picked someone else.

But… But I’m a writer. I can do this! Just give me a chance! I don’t know if I can metamorphose on my own. Sure, I know other writers can do it. But I don’t know if I’m one of them. I might be the half-eaten chrysalis that gets laid to rest under the lantana bush in the front yard. Please, give me a chance. I know I look like a big, fat caterpillar, but I swear I’m a butterfly! I’ll sprout wings. I’ll dazzle you with my transformation. I just need a leg up. Please!

There aren’t many safe places where writers can talk about how much rejection hurts. And writing about how it feels to not win the big contest (or not level up from querying, or not have your debut book find a wide audience) casts you in a very poor light. The most people say is, “It’s subjective.” Sometimes the butterflies flutter down to the larvae and share (with sunlight glinting off their gorgeous wings) how they too were once a caterpillar.

I know it! It is a fact of nature that all butterflies, without exception, were caterpillars. And I’ve seen the inspirational quotes about how the caterpillar thinks the world ends right before it became a butterfly. Yay. Happy ending. Just give it time.

Except I saw the not so happy ending of the caterpillar that got eaten. And when I was raw and reeling from the [mentorship contest] reality that NO ONE found enough to love about my story, I worried that it was my end. I worried I’d made a fatal mistake with my novel. Sure, I could write something new (and I did, and then I did again), but the piece of my heart that I put on the page was toast. It was over. And it hurt.

The hurt fades… Until you stumble across a journal entry bubbling with excitement and optimism and plans for what the fall [of that year I entered the big mentorship contest] would bring. Spoilers: I planned on having concrete evidence that I was not just some plumpy-wumpy-tubba caterpillar. I planned on a pretty set of wings.

But this is still me. And it’s okay. I’ll keep working and growing as a writer. But it is also okay to admit that I am tired of looking like this, and being so easily dismissed in the writing world. I’m not a flashy butterfly. I’m not even a flashy caterpillar. I’m nobody. I’m just another one of the countless larvae.

But I swear I am a butterfly.

To my writing friends who may also be struggling as we watch friends emerge from their metamorphosis (mentorship-metamorphosis, publishing metamorphosis, submission metamorphosis, agented author metamorphosis, or the award-winning/stared-reviewed/bestseller metamorphosis): you are a butterfly. Own it. Scream it. I don’t care if the other butterflies have wings and all you have are horns and 5 extra pairs of prolegs. You are a butterfly. You can do this. You will do this. You already are. And one day everyone will know it. One day it will be so incredibly and ridiculously clear, it will be undeniable. You will pump your wings (and that very disconcerting meconium will splatter), and you’ll fly. I’ll be waiting with my net (which looks remarkably like a copy of your book and my favorite color of sharpie) at your book signing.